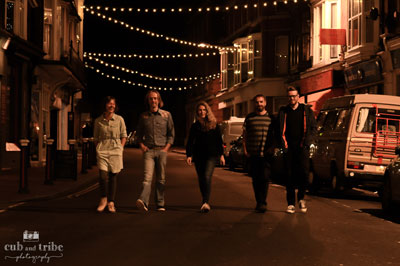 Hailing from the East Sussex coast, The Equatorial Group has been described in many ways, including ramshackle folk-rock, space country, languid Americana and roots-pop.Their distinctive songwriting and performance has been likened to Fleetwood Mac and Magnolia Electric Co. Featuring pedal steel guitar and four part harmonies, their sound has been honed throughout their (many!) years of gigging together.